Posted on 20th December 2019 at 13:35
Best Infrared HeatingTechnology Manufacturer
The energy economy is already under enormous strain, having to simultaneously grow to meet demands whilst reduce carbon footprints to combat global warming. However, one Chinese manufacturer is taking the fight head on.
Established ten years ago, Shenzhen Yandiya are improving daily living whilst helping reduce carbon footprints through their innovative infrared heating panels. Discover how they work, and why Shenzhen Yandiya are so deserving of their award-winning success as we profile the firm. 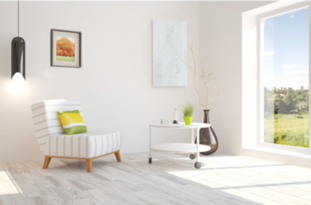 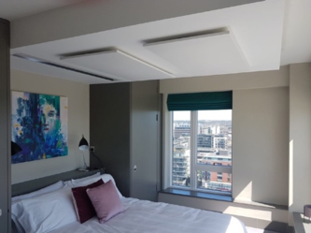 Relatively new in the global energy economy, infrared heating panels are, by all regards, a more economical alternative to traditional heating methods. Heating via electricity has long been considered uneconomical, but recent innovations from companies such as Shenzhen Yandiya have opened the wide- spread usage of infrared radiant methods, instead of convection.
For many people, their heating system may be outdated and doing more damage to the environment than they even know about. Helping to improve both people’s knowledge base and the carbon footprint left behind by traditional heating systems, Shenzhen Yandiya develop and manufacture top-quality infrared heating panels to reduce the ever-looming impact of global warming. Governments around the world are increasingly committing to de-carbonisation of society and massively reducing the impact of global warming, with the innovation of this firm playing, by all regards, a key part of making those goals a tangible reality.
Shenzhen Yandiya understand that any one of their infrared heating panels have to be able to cope with the everyday requirements of those who own them, be they homes or commercial properties. Efficiency and ease of use is also paramount. In order to cope with how people live and work, the firm have gone one step further in their innovation, utilising the latest IOT technology with their solutions.
Transmitting energy via electromagnetic waves and is absorbed by the mass of the building as well as objects such as people and furniture. Instead of trying to heat the air, as radiators and traditional convection methods do, infrared directly heats the people and furniture, giving and even heat.
Having also developed a pioneering intelligent living system, Shenzhen Yandiya have made it easier for homes and offices
to adapt to individuals’ needs and desires. With the latest IOT software technology, the infrared heating panels can work in tandem with the house to ensure a more efficient way of living, with a more energy-efficient heating solution.
With the previously mentioned government drives aimed at cutting carbon emissions by 2025, many companies have been forced
to rethink the best heating solutions for their office spaces. Traditional methods have to be revised, and this has opened the door for Shenzhen Yandiya to expand its market.
Already offering an innovative and radical new method of heating up spaces in a more economical and energy-efficient way, the firm are at the forefront of taking the fight to climate change without sacrificing comfort, as well as being a leading exponent of reducing fuel poverty.
Knowing that it simply isn’t enough to now just deliver alternative heating solutions, Shenzhen Yandiya are also developing new technologies that work in conjunction with renewable energy sources. Currently working with new materials and a first-of-its-kind heating panel that works directly with solar power, this manufacturer can be considered a true innovator and pioneer within the energy industry.
Visit www.Infraredheatingihs.co.uk
Share this post:
Our site uses cookies. For more information, see our cookie policy. Accept cookies and close
Reject cookies Manage settings